TaaDaa!
Since June I have been preparing the Elixir Vitae of Le
Comte de Saint-Germain. I researched recipies for the past years ,
trying to understand the essence of his Elixir of Life. A version was
created that I am very pleased with.
It was a pleasure to plant the
seed, follow the growth and get to know Nigella * black cumin * the
Virigin in the Green (Jungrfrun i det Gröna) as one of the secret
ingrediences is her skyblue flowers. A truly mercurial plant. As we
enter Virgo (ruled by mercury) the many operations of the preparation of
the elixir were completed with a ceremony. The secret for longviety
according to Saint-Germain lies in a calm internal weather , a regular
number 2, a strong immunity, an uplifted spirit and that the secret fire
is working properly in the internal alchemical furnace of
transformation : the liver.
This elixir is very exclusive as it
contains rare ingridiences such as Manna, a resin from the Fraxinus
Ormus tree, so it will be a little more expensive than other elixirs.
Guided by Le Comte , a collection of luxery chocolate bonbons will be
created and introduced to Alchemillas Apotek that contain the elixir. I
will announce the happening.
In waiting for these eatable jewels it is possible to order the exclusive
Elixir Vitae, 10 ml for 200 kr (+ shipping) I have a very limited amount.
It is as all my elixirs are , a Spagyric tincture.

On Feb. 14th, 1935 Edgar Cayce aka “The Sleeping Prophet” was asked if Saint Germain was present. He replied ‘when needed.’ 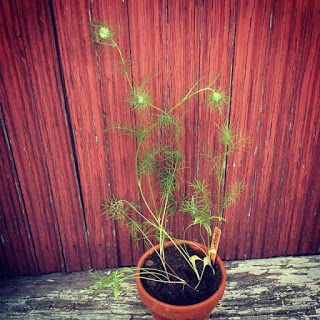 Nigella Sativa * Black cumin * in Swedish called Jungfrun i det gröna : The virgin in the green 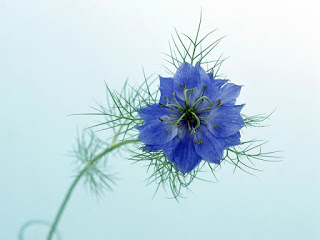 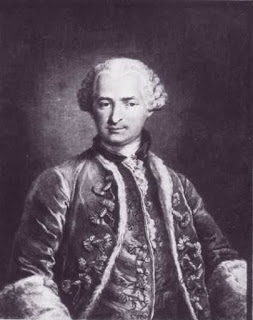 “A man who knows everything and who never dies,”
said Voltaire of the Comte de Saint-Germain.

Countess de Georgy upon meeting him in
Madame Pompadour’s house in the 1760’s asked him if his father
had been in Venice in 1710. “No, Madame,”
the Count replied, “but I myself was living in
Venice at the end of the last and the beginning
of this century. I had the honor to pay you
court then, and you were kind enough to admire
a little Barcarolle of my composing.” The
Countess could not believe her ears. “But if that
is true,” she gasped, “you must be at least a
hundred years old!” The Count smiled. “That,
Madame, is not impossible!”

“You have heard of Count St. Germain, about
whom so many marvelous stories are told. You know
that he represented himself as the Wandering
Jew, as the discoverer of the elixir of life, of
the philosopher’s stone, and so forth. Some laughed
at him as a charlatan; but Casanova, in his
memoirs, says that he was a spy. But be that as
it may, St. Germain, in spite of the
mystery surrounding him, was a very
fascinating person, and was much sought after
in the best circles of society. Even to this day
my grandmother retains an affectionate recollection
of him, and becomes quite angry if anyone
speaks disrespectfully of him.”
Quote by Aleksandr Pushkin-1834