Making a new batch of Ginkgo Biloba spagyric tincture.
The leaves can be harvested in the summer months when they are green but are most medicinally potent in the fall season, just after they start to turn a yellow-gold color. According to Christopher Hobbs, in his book, “Ginkgo, Elixir of Youth”, the best time to pick the leaves for highest concentration of flavonoid content is after the leaves turn yellow. The best time for highest ginkgolides and bilobalide content is in late summer just before the leaves begin to turn color.
I make alcohol tinctures of the leaves using them in both of these stages as the beginning of a spagyric tincture. 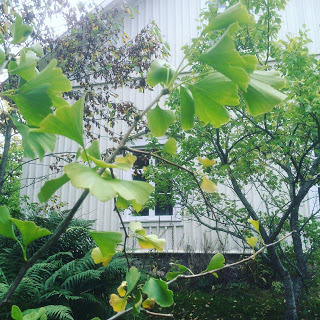 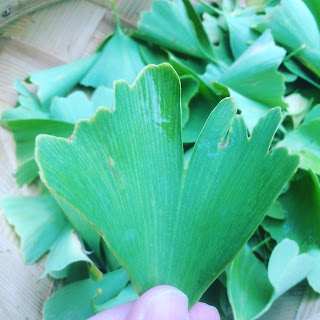 Ginkgo improves circulation, ameliorating the delivery of some nutrients that are needed; as well as, life giving oxygen to every cell including those of the brain. Its essence acts as a memory aid, a fatigue fighter slowly magnifying energy and reducing depression through phytochemicals, which  are beneficial to human health. It is a Nootropic. Nootropics improve mental functions such as: cognition, memory, intelligence, motivation, attention and concentration. In addition to this, it maintains a healthy regular heartbeat providing the body with cardiac stability; due to the fact that, it is constantly improving the blood flow in most organs and tissues, protecting the cells against oxidative damage from free radicals and blocking many of the development of cardiovascular, renal, respiratory and central nervous system disorders.
Oxygenates the body
Reduces depression
Enhances memory
Regulates the cardiovascular system

To order e-mail me at turtleok@hotmail.com 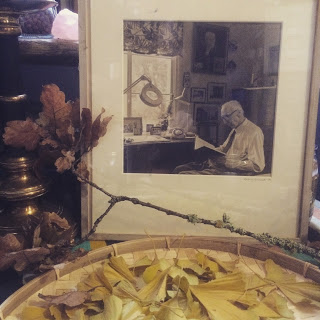