A formula to support the person wanting to stop smoking
The first time I tried a spagyric tincture of Lobelia I had the sensation as if I just had been smoking a cigarette , but much better! It also made me take long deep breaths and I felt calm and satisfied.
I began working on a Support formula for smokers who want to quit.
I knew another helpful ally : Cleavers
I have worked with  Cleavers in a flow elixir for writer´s block or artist funk and noticed
it´s remarkable way of teaching one to LET GO, go with the flow, be in tune with your senses.

Here is what my herbalism teacher Sajah Popham has to say about it:

Cleavers is a humble little woodland herb also known as bedstraw, for the Deer have been known to bed down in patches of it over night, giving it an animal correspondence (a common practice in Native American herbalism). The Deer type personality in people tends to be tall, thin, dry, nervous types (vata constitution in Ayurveda), with prominent joints. Cleavers also fits this description, and it is this constitution it is specific for. It is used in modern herbalism as a cooling and soothing diuretic, supporting a healthy inflammatory response in the kidneys and urinary tract. It has acts on the lymphatics, helping to decongest stagnation of the fluids. It is very nourishing and moistening to vata-deer types, and is also slightly grounding and nervine in its action.

Ruled by Venus (who rules the kidneys), Cleavers is excellent for use to reliagn ones relationships, especially intimate partnerships where there is a pattern of one person being too clingy (being a Cleaver) and the other one pushing away. This clinginess is a signature of the plant, as it sticks to passerbys in the woods. Cleavers teaches us about emotional fluidity, flexibility, how to relax, loosen up, and learn to let go. This letting go can be of old attachments, patterns, addictions, or fixations (all of which are relationships). 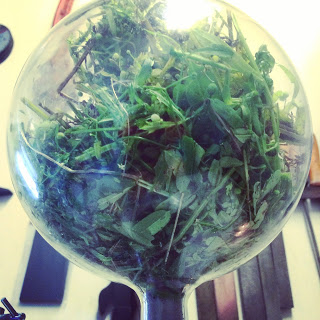 Distilling Galium Aparine. Part of the Stop Smoking Support formula. Cleavers is a ‘deer medicine’, a category in Native American herbalism associated with the nerves. It is a great helper in the breaking of addictive patterns. 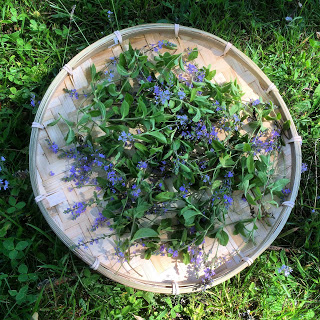 Another Ally in the Stop Smoking Support Elixir: Veronica Officinalis.

Maria Treben writes that Veronica (or Speedwell as it is called in english) growing under oaktrees are most potent and I have also come to this conclusion. The speedwell transformed into a spagyric tincture grew under a very old oaktree in my garden. It supports the respiratory tract and  lungs but is also calming yet uplifting – very crown chakra. Look at the amazing color of the tincture of Veronica. 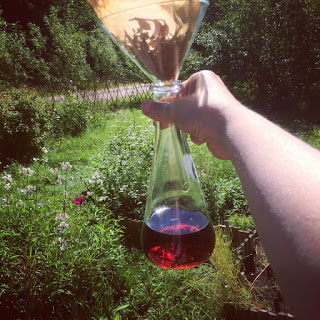 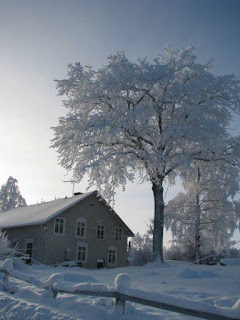 Avena sativa
Oats are highly nourishing, revitalizing, restorative,
and rejuvenating. Ancient legend says that Gaia herself was weaned on the milk
of this flowering plant. Oats are the seeds and  milky oats the flowering herb in
the milky stage. 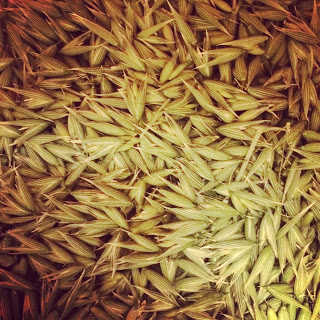 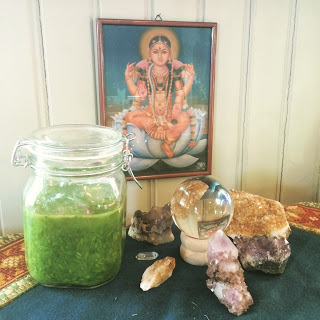 Here you see Milky Oats macerating in alcohol . What a color! Paired with Skullcap (Scutellaria Galericulata) they become a balsam to the nerves.
The Stop Smoking Support Elixir contains a balance of nervine and adaptogenic herbs to support a healthy stressresponse.
While I was myself quitting smoking with the help of this formula I came across this paper on Lobelia:
Lobelia
impacts neurotransmitter activity in a way that is similar to nicotine.
The active ingredient, Lobeline, is a both a nicotine agonist and antagonist
derived from an Indian plant “lobelia inflata.”  Here’s what that means:
The brain has
neurotransmitter receptor cells that have been labeled ‘nicotinic’ receptors
because they are stimulated by nicotine.  Lobeline acts on these cells as
an ‘agonist,’ which means that it binds to these cells and stimulates them in a
similar way to nicotine.  (The effects are not as strong as nicotine,
however.)  Because the drug is in effect ‘parked’ at the receptor sites on
these cells, it also partially blocks nicotine from activating them, thereby
reducing the effect of nicotine in the brain from smoking, and helping to
reduce the ‘reward’ associated with smoking.
Interestingly,
unlike nicotine, which is highly addictive, lobeline does not appear to be
addictive.  This may be because of its structural differences from
nicotine, and the different ways that it affects dopamine storage and
release.  (Dopamine is another a neurotransmitter – one that is implicated
in addictive patterns of behavior.)
Rather than
stimulating the release of dopamine in the normal way (from the presynaptic
terminal), lobeline appears to induce the metabolism of dopamine
intraneuronally as well as inhibit dopamine re-uptake.  The result of this
is that rather than getting a ‘dose’ of rewarding dopamine immediately
connected to the behavior of smoking (or of taking lobeline), the dopamine
effect is more diffuse.  So you still get the pleasant dopamine effect,
but because it is not strongly associated with the behavior, it does not induce
addictive behaviors, and in fact partially blocks the addictive effect of
nicotine intake.
Dwoskin LP,
Crooks PA., (2002) A novel mechanism of action and potential use for lobeline
as a treatment for psychostimulant abuse. Biochemical Pharmacology. Jan
15;63(2):89-98.
Contains among other herbs:
Ärenpris /Veronica officinalis /Speedwell
Havre i mjölkigt stadium/ Avena Sativa /Milky oats
Frossört/ Scutellaria galericulata /Skullcap
Lobelia Inflata
Sibirisk Ginseng/ Eleutherococcus senticosus /Siberian Ginseng
Snärjmåra/ Gallium Aparine /Cleavers
Spagyric Tincture
Organic / wildcrafted herbs
Organic alcohol
Hydrosol of Gallium Aparine
Take 3-7 drops directly on the tongue with dropper when in need.
If you are pregnant, breastfeeding or take prescription medication, please consult your doctor before using.
30 ml
350 swedish krona + shipping
to order , write me: turtleok@hotmail.com
I want to share 2 useful tips for the one wanting to stop smoking to use in combination with the Elixir:
Make a ceremony where you commit and ask the universe to help you be a vessle for transformation at the new moon and start then
Drink a liversupporting  tea the first 72 hours.
Make a decoction of :
Turmeric root
Ginger root
Liquerice root
Dandelion root
Burdock root
Cinnamon
Milk Thistle Seed