THYMUS VULGARIS
The spagyric tincture contains Essential oil, spirit, and purified mineral salts of Thymus Vulgaris
Ruled by Venus
Thymos means strength in Greek.
Thyme is suited to cold, inactive conditions where there are tendencies to chills, shivering, putrefaction, sepsis and stagnant stuck mucus. It has proved effective against very serious inefective organisms such as anthrax, typhoid and diphteria. It is too seldom appreciated today as a deep and powerful detoxifier. It has a deep penetrative effect , due to the volatile oils, which opens pores, thin mucus, and move fluids through tissues.
Thyme contains volatile oils , including thymol, carvacrol and borneol among others. It is a very strong remedy , deeply dredging the system , opening it up so that heat and toxins can be removed.
Thyme is very good as an acne treatment. It is best to use thyme as a remedy for acne both internally (try the spagyric tincture, very powerful!) and externally. If you have acne on your body and have a bathtub it is good to make a very strong thyme-infusion – a strong tea , strain it and add it to the bathwater. Otherwise dip a cottonpad in the tea and wash the areas of your body that has acne.
It is suited to people with deep unconscious issues that disturb the sleep. The mind may be preoccupied , but the problems come up from below conciousness. This fits the physical profile for Thyme, as it is a remedy for toxins and closed passageways deep in the body. Thyme is considered a parasympathetic relaxant. Sleep and dreams occur when the parasympathetic is running the ship, so disturbed sleep and dreams indicate that this branch of the autonomic cannot fully relax. Thyme also stimulates the Thymus gland, which improves immunity and self-identity, and the adrenal cortex.
Carvacrol has been shown to affect neuron activity in ways that boosts the feelings of well being.
Good for nightmares , restlessness, headache, hangover, bronchitis, yeast infections, thrush, gout , rheumatism, etc.
I have worked with the preparation of Thyme on Fridays , in the planetary day and hour of Venus. The calcinated ashes became pink! The spagyric tincture is delicious as well as deeply detoxifying and gives a feeling of deep wellbeing and rest. Healing on a deep level.
Resting and healing in Thyme and Space. 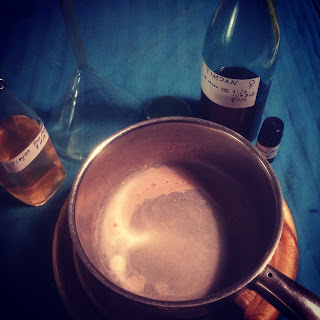 I distilled the essential oil during the Blue Moon in Aquarius. The calcinated ashes became pink and so is the hydrosol. It smelled heavenly while working. 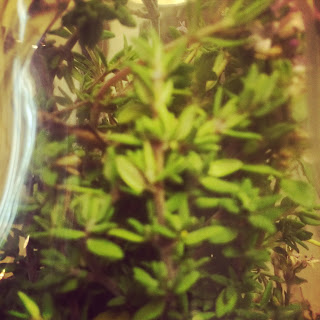 Distillation of the Essential Oil of Thymus Vulgaris during the Blue Moon in Aquarius. 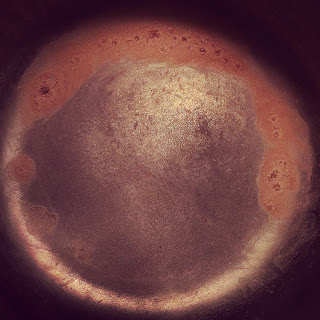 Venus correspondance to be seen in the pink calcinated salt of Thymus Vulgaris.

If you want to order the elixir contact me at: turtleok@hotmail.com