Yesterday the doubble spagyric tincture of Guayusa I made was
completed and it is a very good dreamcatcher! Deeper than the tea!

Legend has it, that the Kichwa tribe prayed for a plant that could help
them connect to the dream world. When they awoke in the morning, there
was a guayusa plant in their hands. The tea was often drank the night
before a hunt, so that the hunter could have a vision of whether it
would be successful. Producing an alerted dream state, the Kirachi were said to be able to control their actions in the dreams.

Lucid dreaming helps you connect to the present moment and have heightened awareness.
I discovered Guayusa and started drinking it , my dreams were getting better every night!
180 degree vision, visiting places that exists in real but I have never
been there in this lifetime , and when I research I have been there in
my Guayusa dreams, flying, recieving guidance and messages. It is just
amazing! I decided to make a spagyric tincture , extracting in a
decoction from snow and maceration in alcohol. I prepared it
spagyrically and it works very well!
If you would like to order a spagyric tincture of Guayusa, just e-mail me : turtleok@hotmail.com
10 ml for 150 kr + shipping
it contains the calcinated and purified mineralmatrix of Guayusa , the tincture and a very strong decoction of Guayusa.

I buy Guayusa from Amazanga Wayusa, who tells : “Guayusa is a cousin
plant to Yerba Mate, and elicits similar benefits including natural
caffeine that energizes without the resultant jitters or crash
associated with other caffeinated drinks like coffee. Guayusa aids in
digestion, mental clarity, physical relaxation, and boosts metabolism.
It will also induce lucid dreaming and/or very vivid dreams, and is used
as a mental cleansing tea prior to ayahuasca ceremonies performed by
the Kichwa.
All my guayusa comes straight from the Amazanga
community of indigenous Kichwa living in the Amazonian jungle near Puyo,
Ecuador. They handpick the leaves that grow wild in the jungle and dry
them to be used as a ceremonial tea leaf. Guayusa, or “Wayusa,” is known
within the Kichwa community to awaken the spirit, bring peace to the
body, and stimulate the mind. It will also induce vivid and lucid
dreaming if you drink it at night.
No mass produced grown leaves. No factories. No machines. No corporations.

I get all my guayusa straight from the Amazanga people to support their
community in an effort to build a sustainable economy based around the
sacred wayusa leaf, instead of oil drilling, mining, and logging that is
threatening to destroy the land they live on.
I sell these
leaves to share the magic of guayusa with those with open minds and open
hearts to support the Amazanga people in Ecuador.” 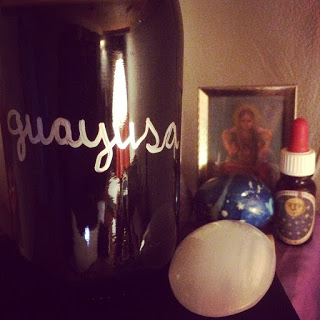 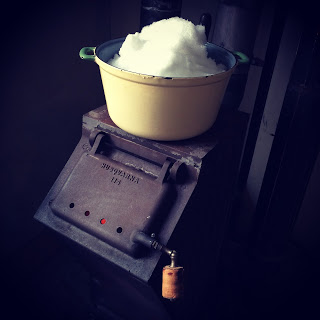 I made the decoction from snow I melted when the moon was new in Pisces. 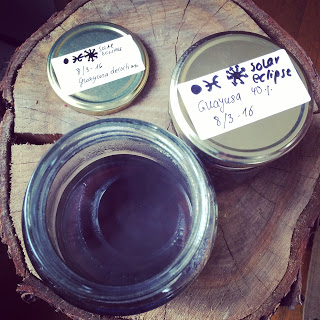 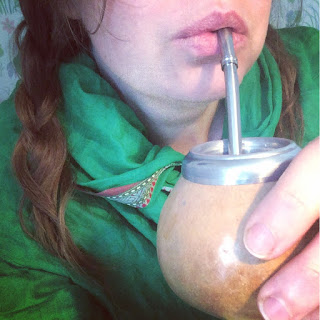