Individually created Elixir of Life based on astrological chart

“Man is a microcosm, or a little world, because he is an extract from all the stars and planets of the whole firmament, from the earth and the elements; and so he is their quintessence.” – Paracelsus

This is not a traditional astrological consultation, focus is on the herbs – how the vital force is manifested through you and how herbs can support the flow of this vitality.

I need to know the date, time and place of birth. You receive 50 ml spagyric tincture and consultation over Skype or telephone 1-2 hours, for the cost of 1500 kr + shipping. 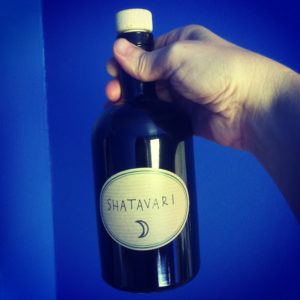 Shatavari is one of the famous ayurvedic herbs. It is a main building tonic for women. It is rejuvenative for the female reproductive tract and builds the blood.

This herb is used as a moisturizer for the membranes of the lungs, digestive tract, the kidney and the urinary tract.

Shatavari reduces stress. It attunes us with our inner goddess.

This herb increases fertility , increases immunesystem, increase milk and sexual secretions and is an aphrodisiac. It is helpful in menopause, hormonal symptoms such as PMS, menstrual cramps, mood changes, hot flashes. 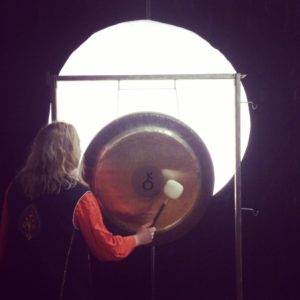 Welcome to experience a gong-session.
A deeply relaxing experience.

The gong brings healing and transformation on all levels. On the physical , to the emotional and spiritual levels the vibrations and frequencies of the gong can initiate a positive change when experiencing a gong-bath.

“Physical sound can lead you to the
inner vibrations of prana.
Prana is the cause of all sound,
And sound is the expression of prana.” – Swami Satchidananda 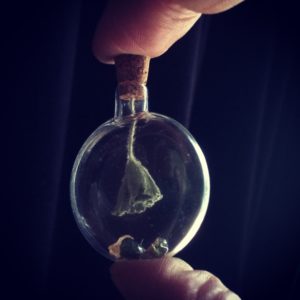 “Magicians affirm that Images, Seals & Rings Being Opportunely Framed under a Certain Constellation… some Wonderful Thing may be Received. ” – Cornelius Agrippa, Three Books of Occult Philosophy

Lisa creates talismans from minerals and herbs in small glass vials to support the needs and wishes of the individual. They are composed like an elixir that can be worn as a magically charged piece of jewelry or object that can be placed in the workplace, hanging over the bed, in the kitchen or wherever it is needed.

The talismans costs between 200-600 kr depending on what they contain. A description is included. We discuss over Skype or by e-mail and make a plan and a price before I get to work.

So far Lisa has created talismans to support selfhood, for incontinence support, to aid in letting go on several levels (constipation / mental release), to support creative flow, mental focus and many others. They have found content owners who experience positive benefits. 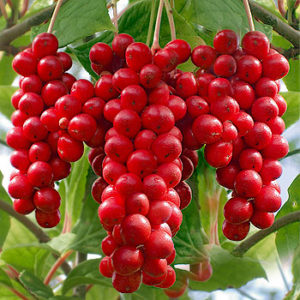 Check for upcoming dates via our Facebook site, on the blog or announced via our newsletter.

You can also invite Lisa to hold lectures, plant walks or workshops in spagyria, herbal alchemy, and the healing power of herbs. Please email us for inquires.

There is a workshop this summer read about it here. 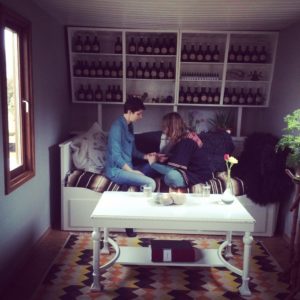 It is possible to schedule a consultation and visit Alchemillas Apotek for guidance.

I approach my clients with care and respect .

I am a trained Ayurvedic health counselor with a diploma from Yantra Ayurveda.

Ayurveda or the knowledge of life (Ayur: knowledge, veda: life), is an Indian art of healing dating back to the Vedic culture. With thousands of years experience, Ayurveda is one of the world’s most sophisticated and powerful mind-body health systems.

As with ancient natural philosophy and alchemy, Ayurveda is based on the elements: space, air, fire, water and earth. 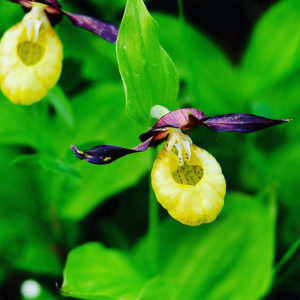 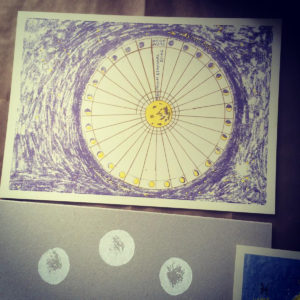 The Moondala is a map that connects and contextualizes the cycles of the moon and your personal cycle, so that you can comprehend the patterns of each phase of the lunation and how you can work together with the forces of the universe.

A lunar calendar is a calendar based upon cycles of the Moon’s phases. Each lunation is a little less than 29 days, 12 hours, 44 minutes, and 3 seconds.

All life forms have cycles of birth, growth, death, and renewal that are mirrored in the progressive phases of the moon cycle.

The Phases of the Moon

The moon has four phases or quarters lasting about seven days each. The first two quarters are during the waxing or increasing light, between the new and the full moon. The third and fourth quarters are after the full moon when the light is waning, or decreasing.

Planting by the moon is an idea as old as agriculture, based both in folklore and magic, but there are scientific ideas to back it up. The Earth is in a large gravitational field, influenced by both the sun and moon. The tides are highest at the time of the new and the full moon, when sun and moon are lined up with earth. Just as the moon pulls the tides in the oceans, it also pulls upon the subtle bodies of water, causing moisture to rise in the earth, which encourages growth. The highest amount of moisture is in the soil at this time, and tests have proven that seeds will absorb the most water at the time of the full moon.

After three months mapping your moon, you will star to notice the patterns in your cycles that you were maybe never aware of; patterns that will give you keys on how you flow and how you are connected to the universe.

The first day of bleeding is counted as the first day of the cycle, and the cycle ends in the last day before the next period. If you do not bleed, you can start mapping on the new moon.

As above – So below

As within – So without

This moondala was created by Lisa Jeannin for the Alchemist´s Kitchen and the Travelling Medicine Show at Het Bos in Antwerpen during the Alchemical spring and sign of Aries.
Printed by Risiko Press.